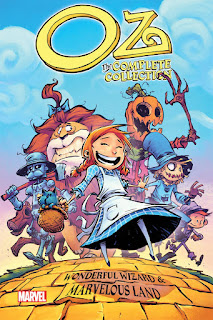 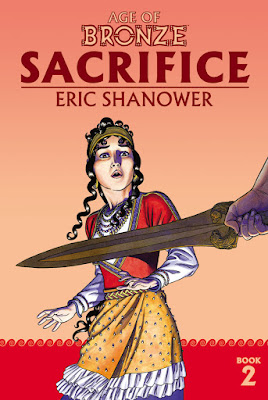 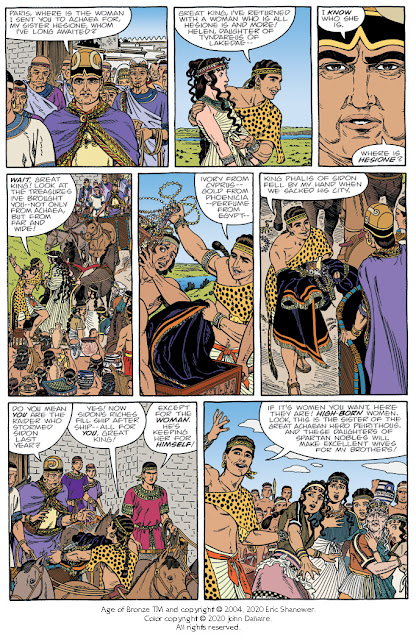 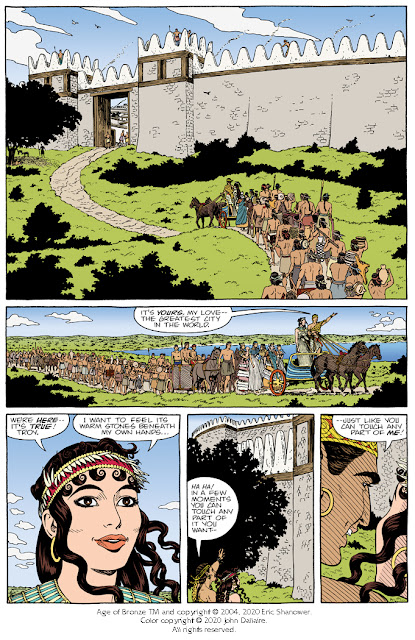 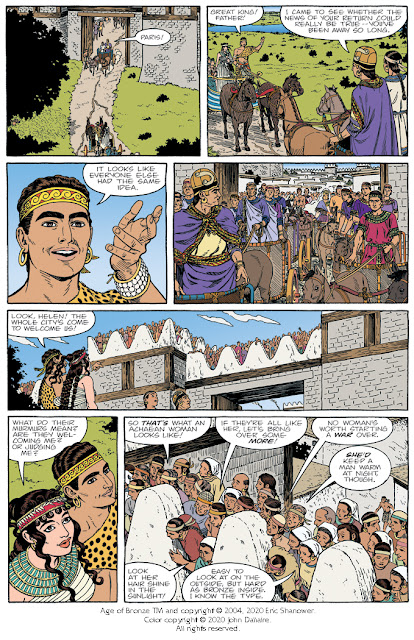 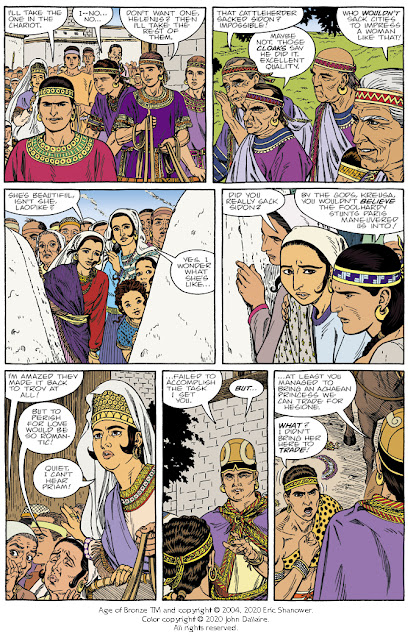 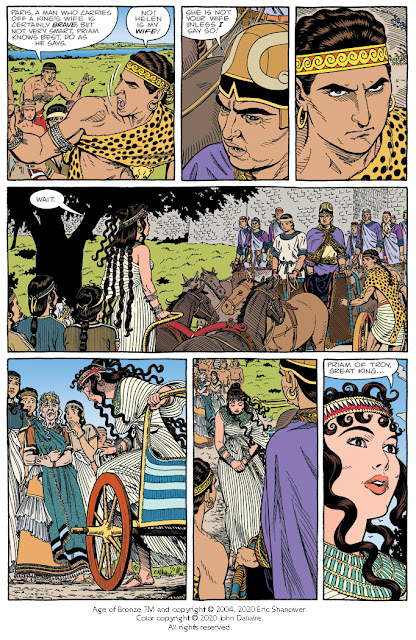 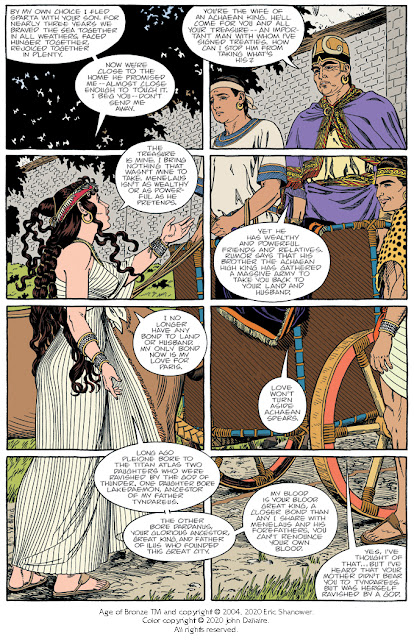 Sacrifice, book two in the Age of Bronze graphic novel series, will be published by Image Comics in full color for the first time in February 2020. Colorist John Dallaire brings the same subtle palette and vibrant hues that he brought last year to book one, A Thousand Ships.

Full color brings new dimension to the story, especially as Achilles battles Telephus in the vineyards of Mysia, as a storm scatters the Achaean fleet, as Paris and Helen wake within a fog-bound world, and as political shenanigans point Iphigenia toward the sacrificial altar. The full human drama of the story of the Trojan War comes to life again.

Take a look at the new cover for the new color edition of Sacrifice.


For samples of story pages in color, click here to see the earlier posting. Dina Schiff Massachi recently interviewed me about comics and graphic novels for Rise: A Children's Literacy Journal. Much of the interview is about my Oz projects, but we also discuss Age of Bronze and touch on Casper the Friendly Ghost.

Click here on the link to read the interview. You'll need to page through the magazine to page 26 where the interview begins. 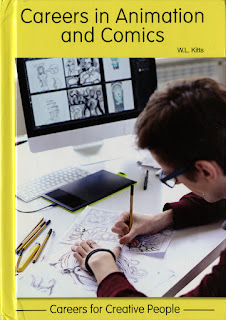 Careers in Animation and Comics is a new book by W. L. Kitts from ReferencePoint Press. It's packed with practical information for anyone interested in working in video animation, web animation, video game animation, storyboards, comic books, and graphic novels. That's a pretty wide range of careers for and 80-page book, but author Kitts packs in plenty of no-nonsense information, including a three-page interview with a professional cartoonist: me. That's why I'm bringing the volume to your attention. I answer such questions as "How did you break into the comic book business?" and "What do you like least about your job?"

Email ThisBlogThis!Share to TwitterShare to FacebookShare to Pinterest
Labels: interview

So where's the new full-color edition of Age of Bronze: Sacrifice, you ask?

It was supposed to be out in September. Now it's December.

When John Dallaire colored A Thousand Ships, he spent about seven years on it. He was scheduled to complete the coloring of Sacrifice in one year. One year wasn't long enough, so publication was postponed.

The good news is that Sacrifice in full color will be out in February 2020 from Image Comics.

In the next couple weeks, John will be finishing the final touches to the coloring and I'll be finishing the layout to send to the publisher. Here's a preview to tide you over until Age of Bronze: Sacrifice is released for the first time in full color in February 2020: 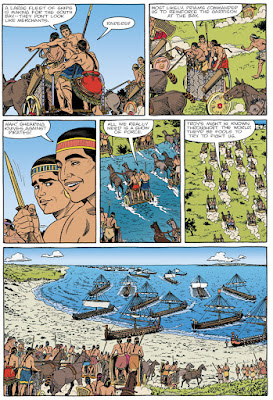 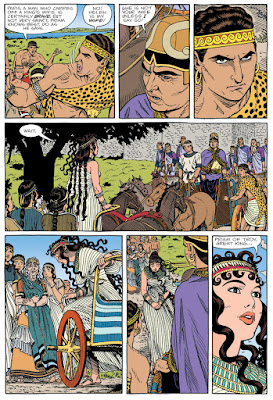 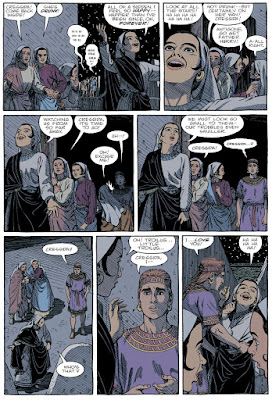 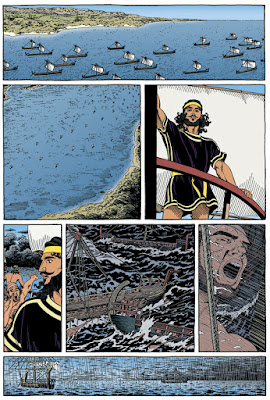 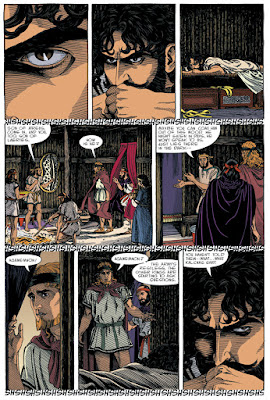 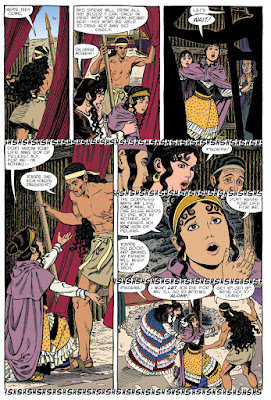 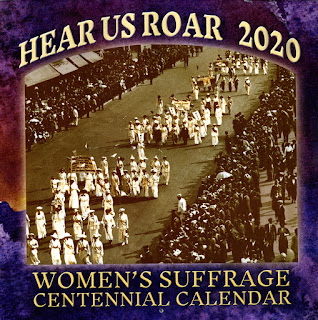 Syracuse Cultural Workers has issued a new illustrated 2020 wall calendar, Hear Us Roar. This new calendar celebrates the 100th anniversary of the federal acknowledgement of US women's right to vote. Each month features a different image connected with women's suffrage. I drew the image for the month of June, an illustration of Matilda Joslyn Gage and Susan B. Anthony storming the stage of the US Centennial Celebration in Philadelphia.